UK - Organize communities to enable them to get engaged 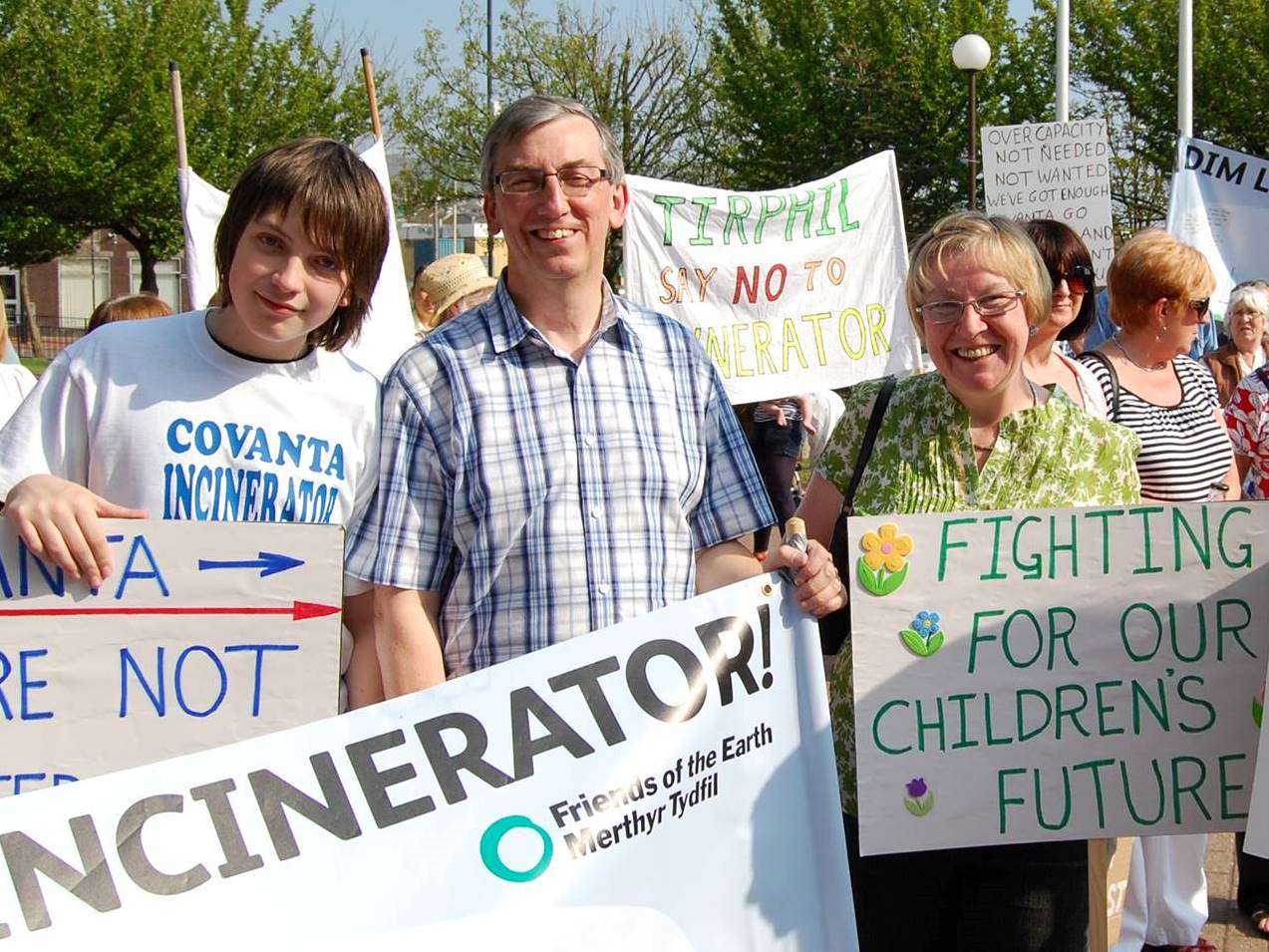 Good Practice: Provide training and confidence building to key champions within a community who could then inspire their groups and contacts. Moreover, provide training to the interested public, so that these people have access to information and gain a better understanding of the process.

Type: Non-governmental initiative led by Friends of the Earth.

The aim was to enable disproportionately affected communities to engage in a new process of examination of major infrastructure projects, and to use community experience to feedback into the development of national policy and the amendment of regulations.

A new major infrastructure project planning process was enacted in the 2008 Planning Act in the UK, applying only to England and Wales in the matter of power generating stations of over 50MW. Friends of the Earth had campaigned for a 'right to be heard in person' within the examination process, as the Act was reducing previous practice (which had been codified by the examining body the Planning Inspectorate, and which existed for certain projects under legislation) by which a person with an interest had a right to be heard in person and to bring witnesses to give evidence. Without the Friends of the Earth campaign there would only have been 'consultation' processes. Friends of the Earth ensured an absolute right to an 'open floor hearing' which was the Government's concession to campaigning. In addition there was the right to participate in the examination, but only to be heard as part of this examination at the discretion of the examiner. Written submissions were the preferred option. In the case of these major infrastructure projects this remains a massive concern. These projects affect great numbers of people, and have much greater than local environmental impacts. Testing evidence is extremely difficult through merely documentary analysis. It is both more efficient and rigorous to test evidence through a process of hearings where evidence, local knowledge, community concerns and experts are brought together so that an accurate assessment can be made, given that the examiners are not experts. However the UK Government had moved away in the Planning Act 2008 from the use of people expert at running an inquiry, to people who have had experience in development to run examinations of major projects. This was an issue in the Merthyr project as the lead Commissioner was challenged in the preliminary meeting by Friends of the Earth and the community groups for failing to follow regulations, and acting in a way to exclude the community. Her background was as a major developer.

The Merthyr Tydfil project was a large incinerator to be sited on regneration land in between an open cast coal mine (Ffos y Fran) and the Trecatti landfill dump on the top of a hill (visible from large parts of South Wales according the developer's visibility map) as the stack for the proposed incinerator was 300m, and as large as a 80,000 capacity football stadium. The site is partly common land, and with very poor road access, and ex-mining territory. The incinerator required 750,000 tonnes of waste at capacity and could have generated up to 62MW of energy. The model showed larger and smaller amounts of this arriving by a split between road and rail. Around 50 permanent jobs would have been created.

In addition to challenging the project, the initiative brought community members to the House of Commons in Westminster, and got the local MP to propose amendments to the National Policy Statements on Energy. These are the guiding documents on policy for the examiners of major energy projects to have regard to. We wanted to ensure that issues such as environmental justice and climate change were being properly considered rather than set aside.

Budget and funding sources: Friends of the Earth funded = staff time + £7,000 in total, Community fundraising, Legal costs for the community were paid by the developer eventually as the developer withdrew the proposal.

Partner organizations involved: No partners, but working closely with the organization formed through the project = United Valleys Action Group.

Stakeholders involved: Initially the contact was with the local Friends of the Earth group, who were a new group. Their contacts were with Communities' First coordinators (who received funding as part of the Objective 1: funding for disadvantaged areas), and these contacts were multiplied through an extremely successful series of open invite public meetings, held within each distinct community and which then formed into loose community groupings, which sent representatives to an umbrella group, which then named itself the United Valleys Action Group.

Friends of the Earth also attended public meetings, and set up stalls in the centre of main town (Merthyr Tydfil), held a series of training events of different formats, had articles in the local paper, and used contacts such as Members of Parliament, Assembly Members (Government for Wales) and local authority elected members to spread information to stakeholders.

Friends of the Earth's relationship with the main representative stakeholder group was extremely positive - we learnt from them about barriers and about how the community were overcoming those barriers, and we provided information to them from years of experience of how planning applications work, and from recent experience on the legislation - what their rights were, what to push for, and demand as part of their involvement In the process. This mutual engagement was very successful - evidence of this is captured on training films made as part of the project and the feedback collected in the project evaluation carried out by an independent consultant.

The aims of the initiative were to build capacity for people so that they had the skills and understanding to enable them to engage; develop ideas on green employment as an alternative model to the project being proposed (a 60MW incinerator); and to use local community experience to improve the National Policy for energy (the plan programme) and the legislation and regulation surrounding the right to participate in major infrastructure projects decision-making.

Method:
To provide in-depth training, confidence building and skills to key champions within the community who could then inspire their groups and contacts (train the trainer model). To provide further training/information in the form of public meetings for a wider, more general, interested audience. To provide training days similar to free conferences in central locations to the public located between general interest and full engagement, so that these people had access to information on a better understanding of the process. Friends of the Earth also approached and drew in a traveller site which had been ignored by the proposal and subsequent consultation.

The approach outlined above together with the community campaign resulted in around 13,000 registrations to the relevant government body from people registering their interest in the project. Around 100 people prepared presentations on issues for the preliminary meeting. There were many more who submitted written evidence. Open floor hearings (oral hearings) were booked into 10 communities at times and places recommended by Friends of the Earth and the community groups. This was very important to ensure that these did not discriminate against those without access to private car, and with either childcare, caring, or work commitments to contend with.

Resources were developed as part of the training element of the initiative, online, paper and audio-visual. This included imagery of the project proposal for posters/banners, 12 different briefings covering the process, film telling the story of the project, the place, the people and asking people to get involved; another film developed to explain the process (for future training needs); web site materials. The community developed their own website and used facebook extensively to share information.
Several training and skill sharing days were developed for different audiences and with different formats.

The developer withdrew from the process before the open floor hearing stage, and have withdrawn their proposal for an incinerator in Merthyr Tydfil. The community have been inspired - some members are standing for election as councillors in the local elections (May 2012), others are forming new groups interested in environmental issues, particularly in the development of green jobs for Merthyr Tydfil which is an ongoing project. 13,000 people knew enough about the project to fill in a registration form, 100 attended the preliminary meeting, and many more submitted written evidence. It is estimated that around 300 people were preparing for the open floor hearings.

In the House of Commons (UK Parliament) the issue was debated, raised with the relevant Minister for Energy, and discussed extensively at 7 high level conferences and meetings with audiences of developers, lawyers, civil servants, and politicians. It was also covered on national radio and television - as part of the right to participate campaign. The community representatives were also involved in Feb 2012 in helping Friends of the Earth with training communities from all the current major infrastructure projects in the UK - roads, hazardous waste, and nuclear power. This received excellent feedback from all attendees (feedback available if requested).

An evaluation report of the initiative is available, and films.

Time: ensuring that there is enough time to win the community's trust at the start.
Accurate material: Friends of the Earth's advantage was knowing more than anyone else about the process and how people in widely different areas approach the process. This meant that we were able to hold the Government, the examiners and others to account and be authoritative.
Local organization: Brilliant community organizing on the ground, making it fun, attractive, welcoming for all the family, all ages, and with the ability to mediate conflict which naturally arises and to determine the common ground on which to meet.
Good practice: Learning from each other, and taking the lessons learnt more widely, sharing freely with other NGOs, Government and other communities.
Manage expectations: what support can be given.

How the problems/challenges were overcome, and if not, possible suggestions for how they might be overcome in future cases: Sufficient outreach was achieved (i.e. the project was extremely successful), but more could have been done through partnerships with public sector agencies and educational centres. This is being trialled in other ongoing initiatives.