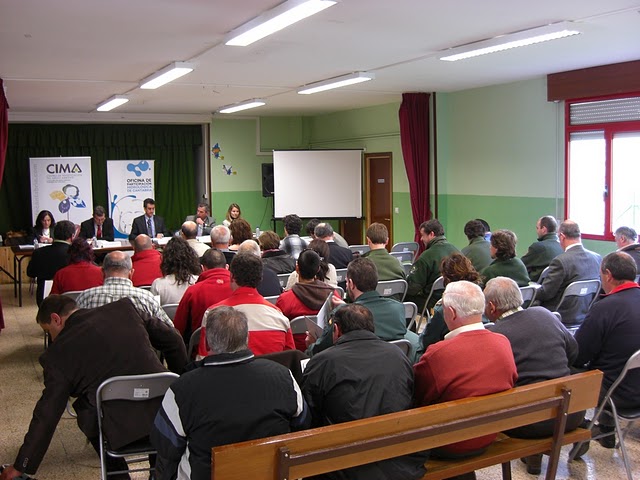 Type: It is a governmental initiative in the context of the implementation of the Water Framework Directive in Cantabria.

Budget and funding sources: The Budget spent since 2006 was less than € 300.000, including staff, training and awareness rising materials, meetings, technical publications,etc. Funding sources came from the Department’s Budget. During the period 2009-2011, the Interreg SUD'EAU Project “Sustainable and Participatory Water Management in South-Western Europe” also made a contribution.

Partner organizations involved: The General Directorate of Hydrological Public Works and Integral Water Cycle (Department of Environment, Cantabria) has collaborated with the CIMA in the implementation of its activities. There has been also some cooperation with the Environmental Hydraulics Institute of Cantabria (University of Cantabria).

Stakeholders involved: Processes involved all the interested stakeholders, such as public administrations, economic organizations, social collectives, sport federations, groups of users and consumers, general public, etc. The OPHIC worked in close cooperation with local communities, by maintaining an important presence in the territory which facilitates a direct and face-to-face interaction between the OPHIC and all the participants.

To  conduct  information,  public  queries  and  participation  processes  related to  the  implementation  of  the  Water  Framework Directive in Cantabria were carried out. Attempt was to reach the highest consensus on the content of future River Basin District Planning among all the involved stakeholders.

Methodology has been constantly adapted to match different environmental or social framework in each river basin, with the aim of achieving the best possible results. Nevertheless, the execution of these processes was based on a common frame which has been enriched and improved over time.

Key stages in the procedure were:

Since 2006 over 70 meetings have been organized, at which more than 3.000 people participated, including representatives of the public administrations, economic organizations, social collectives, etc. Almost 2.300 concrete proposals to improve river basins in Cantabria were made. Wide sectors of the Cantabrian society have been mobilized, taking public discussions on water to many parts of the region.

It would be important to keep close contact with citizens, to avoid disappointment of expectations and to maintain independence from political affiliation.