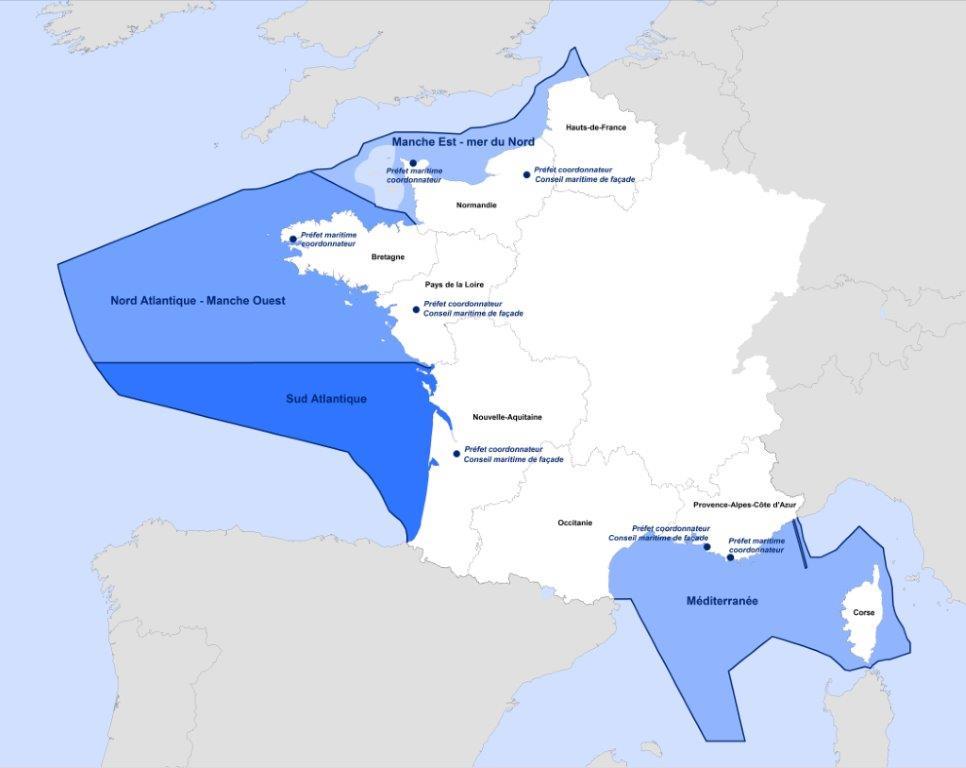 Main objectives: From 26 January to 25 March 2018, French citizens were invited to inform themselves and to express their views on the proposed vision for the four maritime regions surrounding the French coastline: Eastern Channel-North Sea, North Atlantic-Western channel, South Atlantic and Mediterranean - through a participatory platform (www.merlittoral2030.gouv.fr) and at citizens workshops organized in relation to each maritime region. These dialogues are prerequisite to the formulation of France’s maritime strategy. At the national level, these consultations were the first of this magnitude, and this approach has helped to mobilize a wide variety of citizens.

Implementation: The public interviewed answered the following questions: How do you see the future of offshore and coastal activities near you? What do you think are the issues? Which areas would you like to see protected? What spaces should be reserved for renewable energy, fishing, boating or aquaculture? How can we encourage the sustainable management of maritime activities in your area?

Result: The themes most addressed in public contributions were the protection of marine ecosystems and socio-economic development, followed by concerns about risks and overcrowding on the coastline.

The public has expressed high expectations about certain topics such as pollution in ports, the development of renewable marine energy sources in a local participatory framework, the reduction of accidental catches of small cetaceans and the good waste management.

The public also appeared to be very sensitive to the issues of coastline management and coastal risks.

Finally, the general public considers that the theme of tourism and leisure is not sufficiently taken into account, both in terms of conflicts of use and environmental assimilative capacity, and their contributions to the economy.

The contributions of the participating public during this consultation will be synthesized by the relevant national government departments. France undertakes to clarify the way in which it takes into account the lessons learned from the consultation in the elaboration of its draft strategic policy documents. These projects will be the subject of a final consultation between November 2018 and January 2019.

Why do you think this example shows how the Aarhus Convention made a difference in your country?

This consultation made information on the environment relating to the four maritime regions surrounding the French coastline available to the public. It was a key moment in the development of the national strategic maritime development policy document, by allowing the public to actively participate in the formulation of strategic objectives. It is therefore a practical application of the first pillar of the Aarhus Convention.